Aside from being flooded with greetings for the “It’s Showtime” host Jugs and his long-time partner Andie Aguirre’s wedding, Facebook users and Twitterverse were quick to notice the “creepy” feature of a “lady in red” standing on the aisle during the newlywed’s picture taking.

Here are the comments from netizens on the alleged “lady in red”:

“Something’s creepy in this picture. Did you notice it? The girl in red with a long hair. Is it just me?”, Facebook user Loriie commented.

Another FB user, Sam added, “something creepy in this photo… omg im scared”. The comments were quickly followed by a score of agreements from almost 1,000 users (as of posting time).

A number of netizens reacted in jest saying it was only an optical illusion while others believed it to be a ghost. 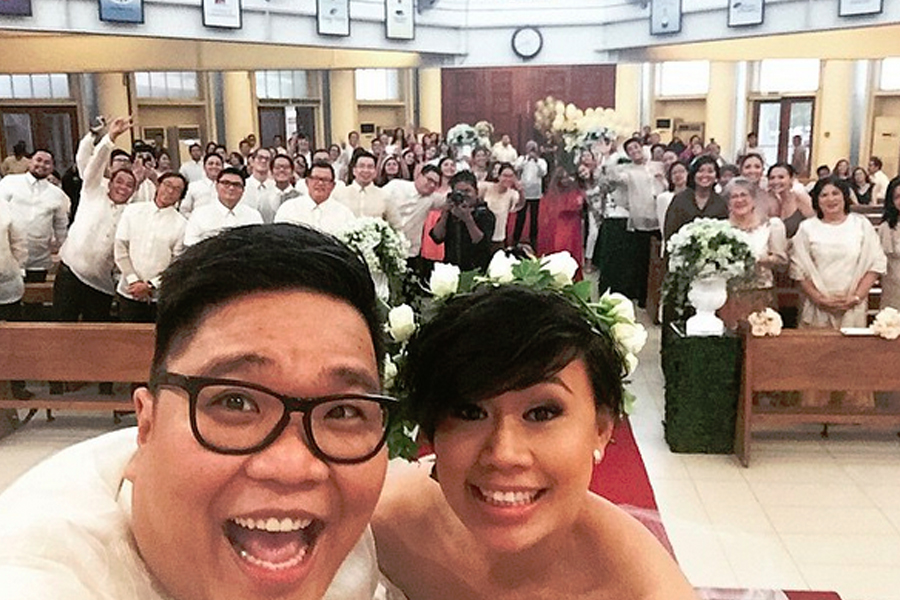