The German beggar who got deported from Thailand last year after misspending the money he received from his kind-hearted benefactors is now trying his luck in the Philippines.

Benjamin Holst, 30, suffers from a condition called macrodystrophia lipomatosa which has caused his right leg to swell. Despite his extensive travel, he has been allegedly using his condition to do street begging. While in Thailand, a German foundation gave him lodging after he claimed that he lost his passport and money.

Authorities found him on Khaosan Road begging for money in September last year. But after he received 50,000 Baht donation he disappeared and resurfaced in Pattaya partying in bars and spending the money given by his benefactors. He was also seen in the streets of Denmark after his deportation from the Kingdom.

The latest string of Holst’s fake beggar scam was uncovered by Ariston Mariano on Facebook. Mariano on June 11 posted a picture of Holst lying on a footbridge while holding a cup for money for donations. The Facebook user also called on good Samaritans to help the fake beggar. As of writing this article, his photo has been shared over 5,000 times on Facebook.

Based from Holst Facebook post, he arrived in Manila on May 14. He was also spotted enjoying the sleazy part of Angeles City, Pampanga according to website Manila Coconuts. 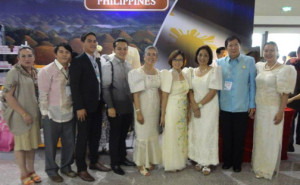 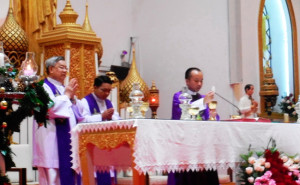