The ex-editor of Pasugo, Iglesia ni Cristo’s official publication and his family, are now expelled from the church. The expulsion is due to Samson’s refusal to submit to the church authority according to Edwil Zabala, spokesperson of INC. 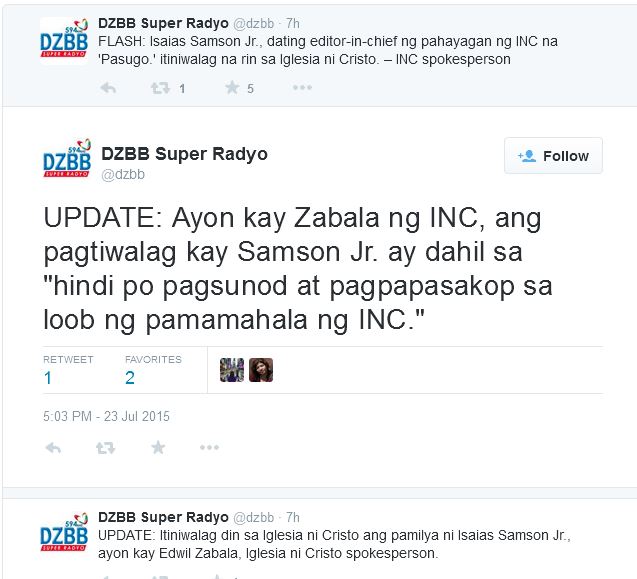 The announcement was made during the church worship services earlier today, July 24.