A very alarming expose by an OFW from UAE about NAIA ‘airport police scam’ got round the Internet last week. Coolbuster.net reported that a certain Niel Caubal Laude, an OFW from Abu Dhabi, UAE posted his bad experience with NAIA tourist police on July 18, 2015 upon arriving NAIA Terminal 1.

Mr. Laude shared his horrible experience on his arrival day which could also happen to anyone most especially to OFWs. According to him, there is a syndicate group posing as airport police victimizing mainly people arriving from abroad.

The modus of this group is to find travelers who basically missed the airport shuttle bus from Terminal 1 to Terminal 3. Here’s what they did according to Mr. Laude:

Mr. Laude mentioned on his Facebook wall post that there were other victims in the guesthouse and they shared the same experience.

This is a warning to all OFWs and international travelers arriving in NAIA Terminal 1 with connecting flight in Terminal 3, please be aware of this scheme. If you arrived late or you think you will be late for your next flight, better contact aircraft hotline and inform them that you will be late for your flight and make a rebooking of your flight.

To make sure of your safety, contact the immediate and official NAIA security personnel at +63 2 877 7888. DON’T entertain any unusual individual in the airport. Call NAIA security if possible and inquire if they are offering such service as mentioned above. 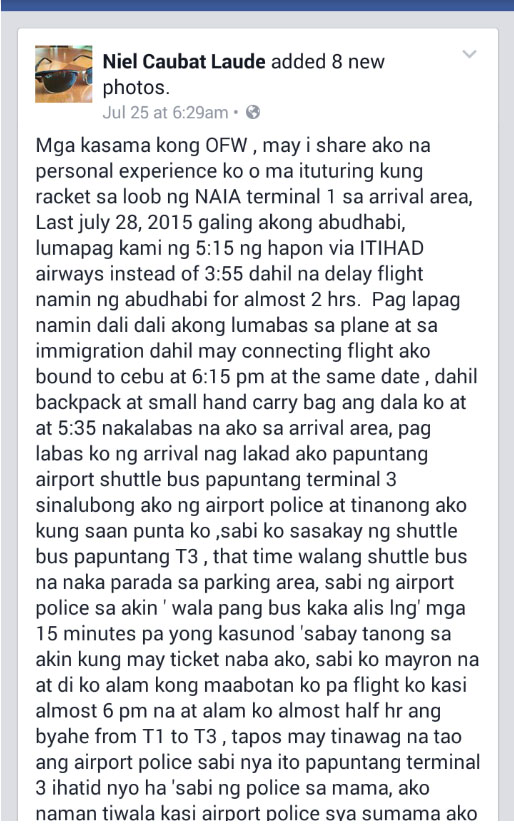 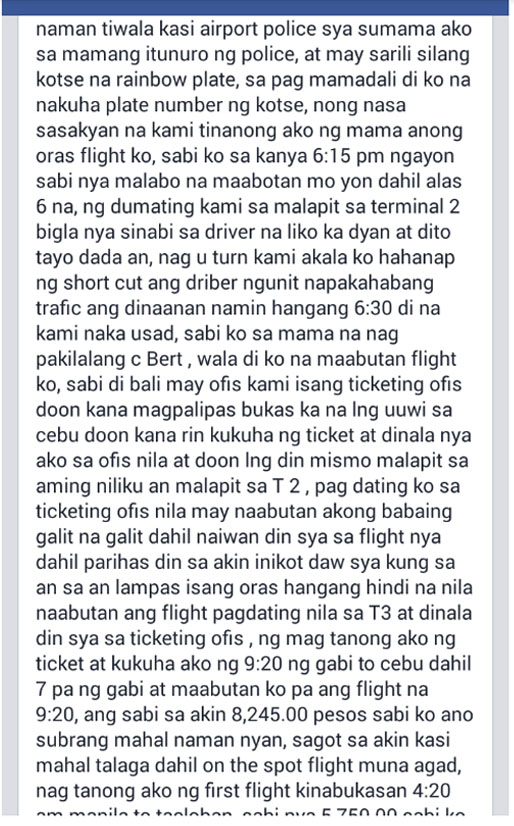 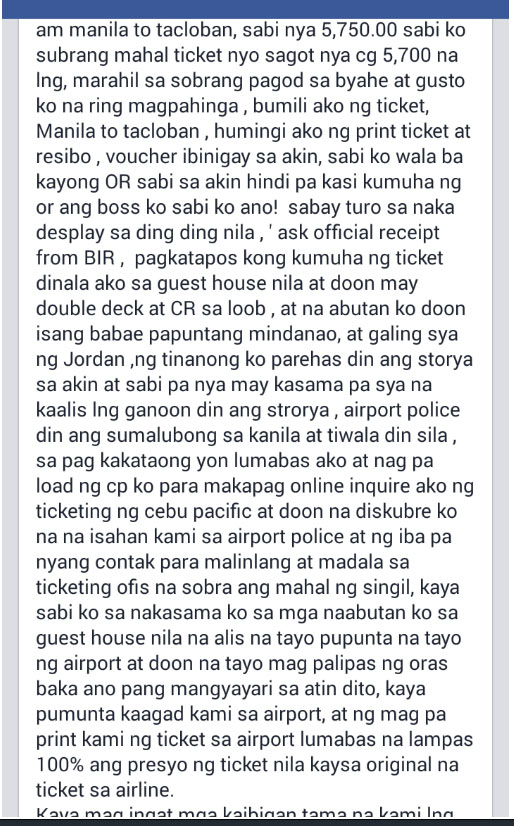 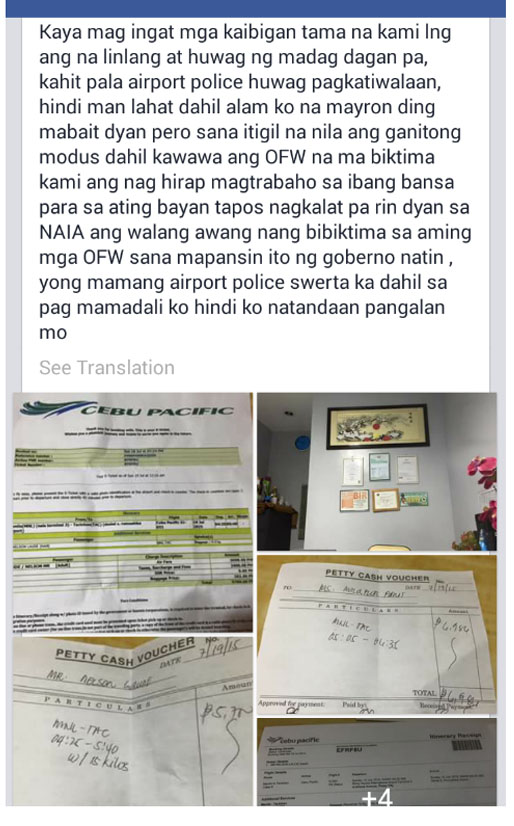 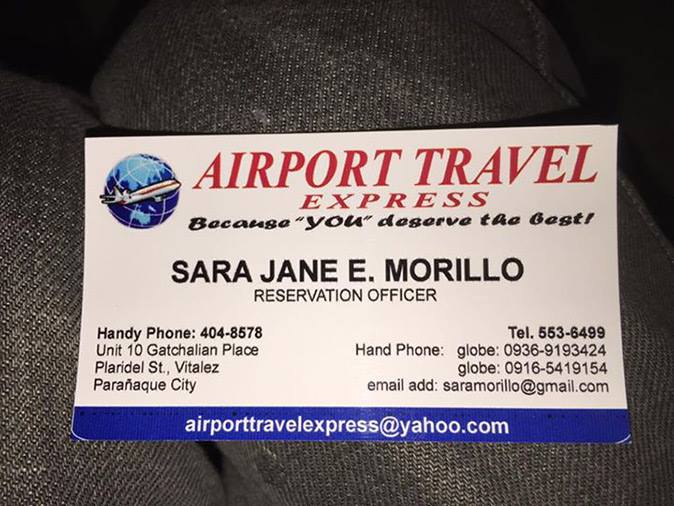 BBM-Sara tandem voted by most Filipinos in Thailand