A 50-year old Filipina was apprehended by the Ninoy Aquino International Airport (NAIA) police on Sunday, August 9 after a bomb joke.

According to a report from the Arab News, a certain Daisy David Medallon was advised by the Philippine Airlines (PAL) check-in personnel to remove some of her stuff due to excess baggage. But Daisy hesitantly responded saying that “she had a bomb which can blow up the plane”.

Ms. Daisy is scheduled to fly to Riyadh via PAL flight PR654 when she was arrested by the airport police. She was about to visit her husband in Saudi Arabia, but now is facing a five-year jail term and a sizable fine, if convicted.

It was a simple joke that Daisy would never forget. 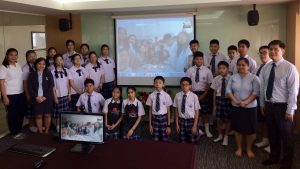