There is no question on who won “Twitterverse” with the most number of tweets on Saturday as two giant networks went head-to-head over viewers and Twitter users.

It’s Showtime celebrated its sixth anniversary at the Smart Araneta Coliseum, while Eat Bulaga launched the National Pabebe Wave Day. The “pabebe wave” is a popular gesture of YayaDub, the character of Maine Mendoza in Eat Bulaga’s famous Kalyeserye. 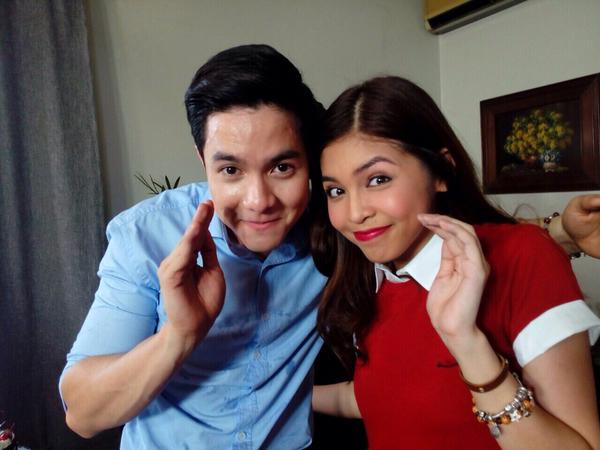 AlDub’s first picture together, but still ‘no touch’.

AlDub nation’s (legion of fans) official statisticians, Twitter users @ineffable and @pagkalagaan, reported that #ALDubEBforLOVE garnered a total of 25,652,800 tweets by 12 am Sunday. The said figure is more than double the previous record of 12.1 million tweets the show achieved on Sept. 19 for the hashtag #ALDUBMostAwaitedDate, the episode when split-screen lover’s first-ever date took place.

Meanwhile, 6.7 million was so far the highest number of tweets It’s Showtime ever received in six years in the industry in spite of bringing ABS-CBN’s hottest loveteams on the show. Top three love teams of ABS-CBN: Kathryn Bernardo and Daniel Padilla, Liza Soberano and Enrique Gil, and James Reid and Nadine Lustre, performed at the said anniversary celebration.

Covid can cause your penis to shrink, doctor agrees