Her Excellency Mary Jo A. Bernardo-Aragon, Philippine Ambassador to Thailand, together with senior Embassy officials, paid a courtesy call on Thai Prime Minister Prayut Chan-o-cha at the Government House on October 8. 2015.

Below is the Embassy’s press release posted on its website:

The two officials positively noted the state of bilateral relations between the Philippines and Thailand. They discussed current areas of cooperation, which involve trade & investment, agricultural development, education, and technical partnership on development programs, among many others. They expressed their commitment to the Association of Southeast Asian Nations as the primary intergovernmental regional forum aimed at sustaining peace, stability, and development of its member states. Prime Minister Prayut expressed his support for the Philippine hosting of APEC in 2015 and the agenda to build inclusive, sustainable and resilient economies.

Ambassador Bernardo-Aragon expressed her appreciation for the warm hospitality and support extended by the Thai Government to the Embassy. She expressed optimism that, through bilateral and multilateral cooperation, economic growth and development in the Philippines, Thailand and the rest of the region can be sustained. The two officials reaffirmed their commitment to further strengthening Philippine-Thailand relations. END” 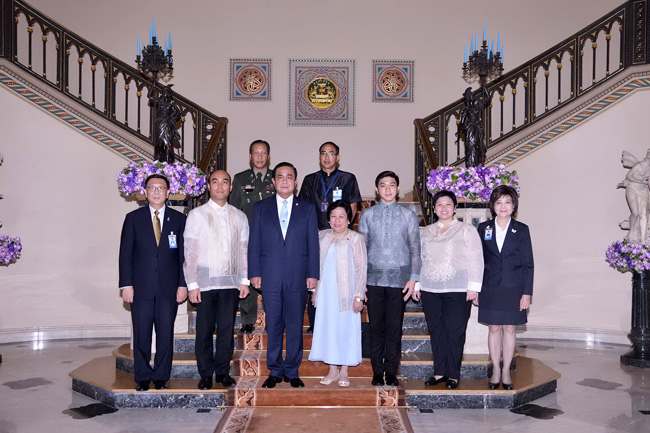