Thousands of Overseas Filipino Workers (OFWs) around the world have rallied behind another OFW who was arrested because of a bullet that was allegedly found in her hand carry bag at Ninoy Aquino International Airport (NAIA) on Sunday night. They also strongly criticized the police for the arrest saying the 56-year old woman is a victim of “Laglag Bala” and not a suspect.

Mrs. Gloria Dumaoal Ortinez, who has been working as househelp in Hong Kong for 30 years, appealed for help after she was not allowed to board her flight and instead was brought to NCR Headquarters of PNP Aviation Security Group. The bullet was found in the pocket that has no zipper as shown in the video.

She cried while explaining her side even saying her whole family can die if she really brought the bullet. Mrs. Ortinez was in a connecting flight from Laoag Airport to NAIA where she was supposed to fly to Hong Kong. She stressed that airport security from her point of entry did not see anything in her carry-on baggage.

However, the police argued that Ortinez brought the carvin rifle bullet which appeared in the x-ray machine. S/Supt. Ricardo Layag, in an interview with ABS-CBN News, had decided to press illegal possession of ammunition stressing he does not believe in “Tanim Bala” and that the airport security is tight as it is covered with CCTV.

Meanwhile, thousands of people lambasted the police on social media particularly on Facebook for being mediocre and for being corrupt. Most of the commenters were asking what would the old lady do in a single bullet that does not go with a gun. Many showed their disappointment to NAIA and police officials for not doing anything despite having “Laglag Bala” on the news many times. Nobody commented in favor of the police and many were asking to boycott the administration’s slate this coming election. 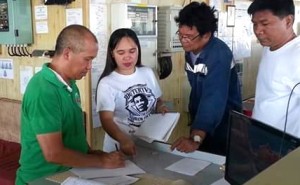 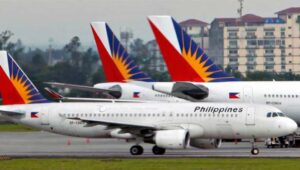 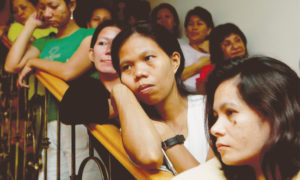