With the APEC 2015 Summit being held now in Manila, many sentiments of frustrations due to discomfort and other factors are posted online. A netizen, Kenneth Manuel, posted his version which can be read through this link. Be sure to read his post before reading Apple Jojo’s response below.

Pinoy Thaiyo suggests to read both sides as they are informative and eye-opener.

A certain Mr. Kenneth Manuel posted his sentiments on the APEC Summit online which garnered thousands of thumbs up and shared more than two thousand times. I feel you, man. I get frustrated too. Allow me to post this one as well, in response to all the criticisms in the article, punto per punto.

Now, I don’t know which culture taught us our damn attitude of whining all the time and pointing blaming fingers at others except ourselves. No foreign country forced us to be miserable. We chose that out of our free will. We choose to be a-holes who cut lines on the road when we can simply follow a straight line; we choose to desecrate our streets with trash when we can simply keep it in our pockets and wait until we see a trash bin; we can choose to plant crops and live decently in our hometowns in the province instead of facing a harsh life and add up to the list of homeless and poor in Manila; we can choose to follow infrastructure regulations to support better urban planning instead of waving money to have our buildings and houses recklessly built at the expense of our neighbors; we can follow the coding scheme strictly instead of playing hide-and-seek and catch-me-if-you-can with traffic enforcers, and add up to traffic; we can vote better candidates for Government seats but we choose the ones who smile with celebrities over logic; and we can look at the Philippines, that has stood the test of our painful gullibility, with renewed pride instead of bashing it over and over again.

I will not be sorry for this. The system prevails because we ALLOW it. You see, people in Government come and go. Even the Philippine President cannot overstay in Malacanang. If, even after so many Heads of State have been elected since the Republic was born and yet nothing has changed, then it is not Government alone that has a problem. Like mathematical fractions, the main denominator in every different phase in Philippine history is US — the constituents.

President Vladimir Putin once said that “Russia is for Russians; if you cannot live by the laws, you leave”. Filipinos should learn from that. The Philippines is for Filipinos. And once you OWN it, you hold your responsibilities with firmness. If we change the attitude, we can change the country.

Do you agree? You can join the conversation by writing your sentiments in the comment section below. 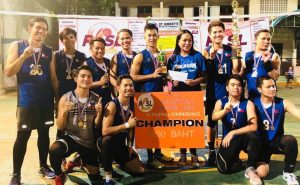 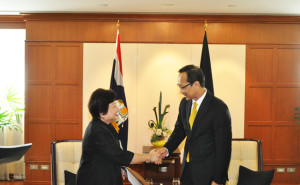 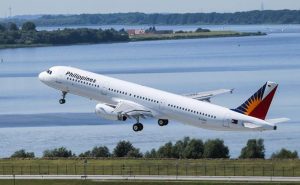