Vice President Jejomar Binay once again took the top seat in the presidential race conducted by the Pulse Asia in its recent survey. This is after the VP trailed for many months due to corruption issues.

Binay now got 33 percent of the 1,800 respondents who were registered voters aged 18 and above from across the country.

Davao City Mayor Rodrigo Duterte is in second place (23%), Senator Grace Poe got the third spot (21%), Mar Roxas is in the fourth place (17%), while Senator Miriam Defensor Santiago is placed at the bottom (4%).

Pulse Asia Research Director Ana Maria Tabunda also clarified that Poe and Roxas can be considered as tie due to the plus/minus margin error of the poll.

Here is the question in the survey:

“Sa mga taong nasa listahang ito, sino ang inyong iboboto bilang Presidente ng Pilipinas kung ang eleksion ng 2016 ay gaganapin ngayon at sila ay mga kandidato? (one answer only) [Of the people on this list, whom would you vote for as PRESIDENT OF THE PHILIPPINES if the 2016 elections were held today and they were candidates?]”

Binay consistently earned 30-34% share of votes in NCR, Luzon, Visayas, and Mindanao. He also got the most among the Class D and E respondents with 30% and 42% respectively.

Duterte’s most share of votes are from Mindanao with 43%, while Poe garnered much in Luzon with 29%, and Roxas has Visayas with 27%.

The survey was conducted from December 4 to 11, 2015 where controversial issues such as disqualification decisions against Poe and Duterte’s cursing of Pope Francis are covered. 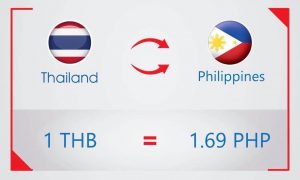 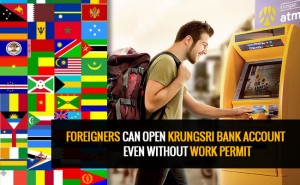 Foreigners can open Krungrsi Bank account even without work permit