Joining millions of Santo Nino devotees in the Philippines, members of Saint Nicholas Church Foreign Community (SNCFC) in Phitsanulok, Thailand celebrated Sinulog with the traditional tribute dance for the Baby Jesus to open and close the weekly mass for foreigners on Sunday, January 17.

The Sinulog dancers danced to the beat of the traditional Sinulog music wearing improvised costumes and personally crafted props and headdresses to the delight of the American, African, Thai and Vietnamese SNCFC members who were present.

“Although we are far away from home, we still take part in celebrating the feast to express our deep faith and gratitude to Santo Niǹo,” Letty Comeros, the key organizer of the celebration, said. Comeros, who hails from Cebu where Sinulog was born, has been a devotee of the Child Jesus since her childhood.

Josie Caǹete, 35, another Cebuano and a Santo Niǹo devotee, gave her little Santo Niǹo image a make-over early Sunday morning in preparation for the mini celebration in the evening. She said “Sinulog is more than just a festivity. It is a way to show our devotion and utter our petitions to God through dancing.”

In his homily, Reverend Father Prasert Sitti, Parish Priest of Saint Nicholas Church, underscored the importance of childlike attitude in reference to the gospel of the day. He also greeted the Filipino members “Pit Senior” and congratulated them for the wonderful dance they presented. “If you are happy, then God must be happy because He has seen you do joyful things for Him,” he said. The Sinulog Festival is an annual cultural and religious festival held on the third Sunday of January in Cebu City. It is celebrated to commemorate the time when the Filipinos embraced Christianity during the 16th century. The forward-backward step movement of the Sinulog dance, performed by many during the Festival is attributed to the word ‘sulog’ which means “the rippling of water or water current movement.”

But distance proves not to be a hindrance for many Filipinos, Cebuanos especially, who are now living abroad to uphold their faithfulness to Santo Niǹo by celebrating Sinulog in their own ways.

“I hope we could have a bigger celebration next year so we can invite more Thai people and other foreign guests to join us not only to impart our culture but to share the impact of the Child Jesus to many of us,” Comeros said. 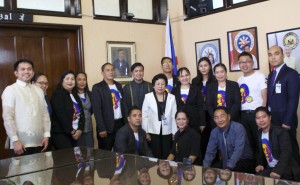 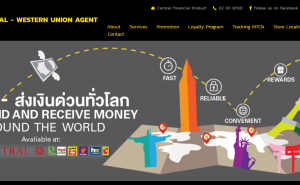