A Filipino actor-comedian based in Thailand is joining one of the country’s biggest comedy competitions to start on Friday, January 22 sponsored by the Comedy Club Bangkok at the Royal Oak, Sukhumvit Soi 33/1.

Apolinario “Pule” Mapacpac, a native of Oriental Mindoro and an Overseas Filipino Worker (OFW) himself is joining 19 class-A stand-up comedians from eight different countries. The comedy contest billed as “The Big V Comedy Competition” will run for three nights, January 22, 23 with two winners from each night and will move up for the finals which will be held the following week.

Pule is the only Filipino joining the “The Big V Comedy Competition”. He has started doing stand-up comedy in Bangkok in February last year where won the Signal Flair’s Clash of the Comedians competition. He was also chosen as one of the contestants in the coveted Jokenation competition in France last year where he almost notched the top prize.

He has also over 10  years of experience in theatre as an actor, director and playwright.

The said competition is here for the first time as part of the preparation for the planned first international comedy festival “THE MAGNERS INTERNATIONAL COMEDY FESTIVAL”. 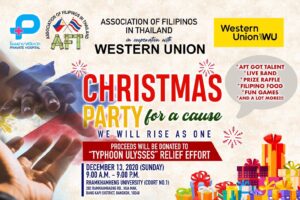 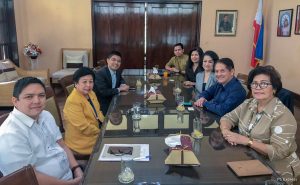 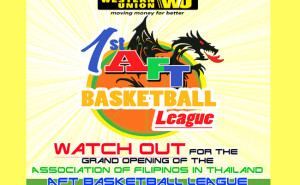