In what is expected to be a joyful celebration of the 84th birthday of Her Majesty Queen Sirikit,  a series of violent attacks took place in eight southern provinces since Thursday afternoon killing at least 4 people and injuring 35 others including 10 foreign nationals.

Below is the report from Bangkok Post detailing the explosions and fire attacks.

HUA HIN, PRACHUAP KHIRI KHAN
(Thursday) 10.15 pm:  “Double-tap” bomb explosions outside a neighbourhood bar killed one woman and wounded 21 people. The first one went off at a beer bar on a soi behind Ban Hua Hin Municipality School. The second was less than 100m away, at Selakam intersection on Poonsuk Road.

(Friday) 9.10 am: Two explosions occurred near the Hua Hin clock tower opposite Ban Hua Hin Municipality School. Moments later, another bomb exploded nearby. A woman died at a hospital and four men were injured.

10.00 am: Explosive ordnance disposal officers destroyed a third bomb found planted on a motorcycle parked in nearby Wat Hua Hin.

SURAT THANI
(Friday) 3.30 am: A fire broke out at the Taveesin Plastic shophouse on Kanchana Vithee Road. The damage was estimated at 10 million baht.

8.00 am: A bomb exploded in front of the marine police office on Na Muang Road in the municipality. A female municipality worker died at a hospital and three bystanders were injured.

8.30 am: A bomb went off in front of the main police station, 300m from the previous bombing. There were no injuries.

PHUKET
(Thursday) 7.00 pm: Two suspected bombs were found in Chinatown and Sai 2 Roads in the Patong area. They were destroyed.

8.00 am: A bomb went off in front of a police booth at the end of Walking Street Street on Thaweewong Road in tambon Patong, Kathu district. A motorcycle taxi driver was slightly injured.

8.00 am: A device exploded in front of the Loma Park on the same road, but caused no injuries.

8.00 am: A bomb exploded in front of the Coconut Village hotel. There were no injuries.

PHANGNGA
(Thursday) 2.15 am: A fire gutted a weekend market,  a popular shopping venue among tourists, in Khao Lak.

9.15 am: A bomb exploded in Ban Nang Niang village in tambon Khuek Khak. One vehicle was damaged.

9.15 am: Two bombs went off in Khao Lak. No casualties were reported.

4.00 am: A fire burned down the local department store Lee Mart Super Ka Song, formerly Diamond Store. The store is in front of Trang train station on Satanee Road in the municipality, 1km from the previous bombing site. No one was injured. Estimated damage was 100 million baht.

CHUMPHON
(Friday) 8.00 am: A bomb exploded near the governor’s residence in Muang district.

NAKHON SI THAMMARAT
(Friday) 8.00 am A fire broke out at a snack section inside a Tesco Lotus in Muang district, causing damage worth about 100,000 baht. There were no casualties. 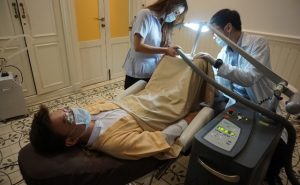 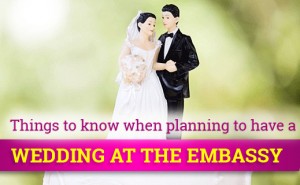