Education Secretary Leonor Briones and the Republic of Korea Ambassador to the Philippines Kim Jaen Shin have signed a Memorandum of Agreement (MOA) on June 21 at the Southeast Asian Ministers of Education Organization Regional Center for Educational Innovation and Technology (SEAMEO INNOTECH) in Diliman, Quezon City. This MOA signifies the formalization of including the Korean language in the Special Program in Foreign Languages (SPFL).

The SPFL is “designed to prepare graduate for meaningful interactions in a linguistically and culturally diverse global workplace,” as described in the Department of Education’s (DepEd) press release.

The Korean language in the SPFL “will serve as an elective offering to ten selected secondary school in the National Capital Region (NCR). Secretary Briones expressed her delight in the signing of MOA. “We are very happy that finally we are having this signing of MOA. This is not a beginning. This is a continuation of very long years of fruitful relationship, including the field of education, between Korea and the Republic of the Philippines.” She further points out the important roles of both countries in each other’s life saying that “it would be good for our children also to continue the tradition of knowing about each other.”

Other language courses offered under the SPFL are Spanish, Japanese, French, German and Chinese-Mandarin to mention a few. 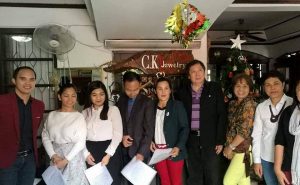