A Filipino teacher working in Siem Reap was arrested after allegations of sexually assaulting a 7-year old minor, as reported by Phnom Penh Post.

The suspect, John Steven Balbin, 27, who is originally from San Fernando, was arrested Monday, January 8 under the “suspicion of penetration and allegedly made a confession”, according to the Child Protection Unit (CPU) chief James McCabe.

The chief of anti-human trafficking and juvenile protection in Siem Reap has also confirmed the said arrest. Balbin is facing a prison term of 1-3 years and a fine of 2 million rile (about 500 USD) to 6 million riel (about 1,500 USD).

The authorities, however, refused to name the school in Siem Reap where Balbin worked but described the facility as a bilingual school for young children between ages 5 to 15.

“It is necessary for all educational institutions to ensure when they employ foreigners that they demand a police clearance for working with children,” said CPU chief. 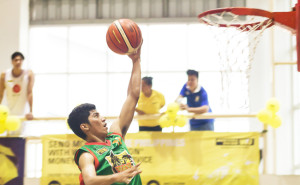