It’s a typical thing that people come to Thailand for the food, shopping and parties but one man’s brotherly love for the Karen minority has paved the way to fulfill a greater purpose in life.

Tranqui Vergara has been in Thailand for 15 years and has been working for the Adventist International Mission School in Muaklek as a PE Instructor but felt “stagnant” wanting for a change of environment and resigned sometime in July 2016. God impressed Tranqui to work in the border of Thailand and Myanmar, in Sunshine Orchard Children’s Learning Center as a full time missionary but somehow did not go as planned due to visa issues but it did not hinder him to persevere, thus leading him to Adventist International Mission School in Korat, Nakhon Ratchasima.

There, Mr. Vergara is teaching PE for Grades 5-8, Social Studies for Grades 1-3, and Art for Grades 1-8. Despite the heavy teaching load, the inner calling of service knocks at his heart and continually seeks to fulfill that passion. In December 2010, Tranquilino Vergara and a colleague, Marilyn Acosta organized a field mission trip, together with several high school and college students to the border of Thailand and Myanmar. There, they met Paul and Lena Adams.

Paul and Lena Adams have been missionaries at the border of Thailand and Myanmar since 2008. They have about 200 students staying in bamboo hut dormitories. The couple has been helping the Karen minority at the border, across the Moei River. The couple and their students had to evacuate towards Thailand due to ongoing insurgency of the Burmese soldiers. These soldiers have been causing chaos to the minority tribe by burning their homes, destroying their livelihood through the crops they harvest and to the extent of shooting innocent civilians. Due to the circumstances, the Adams sold their properties in the US for them to buy a property at the Thai side in order to run away from the conflict, there, they built new bamboo hut dormitories to house the 200 students and also a small school to continue their education.

The missionary couple was able to receive sponsorship from a Christian believer in Singapore for their daily expenses but the financial support for food and other needs was not enough, again, due to the growing community the Adams have to support in the area. Somehow, the Lord’s blessing never ceases and has been continued since 2008

Due to the deep faith showed by Paul and Lena Adams, Tranqui Vergara was moved by their love for these people making him one of a few missionaries who has visited this place. Brothers and sisters in the faith, does the question arise in your hearts, “Am I my brother’s keeper?” If you claim to be a child of God, you are your brother’s keeper. The Lord holds the church responsible for the souls of those whom they might be the means of saving.—Historical Sketches, 291. ChS 13.3

“I go to the border like 3 to 4 times a year with different batch of young people and adults as well. I have committed all my vacations to help the Adams. We solicit donations from friends to help build schools, build clean water system, help the needy in various forms and whatever help we can extend to the refugees. There’s so much work to be done in the border. You can only see the real picture until you witness the real situation of the Karen people. Their condition is really pitiful and it’s overwhelming. Hope one day you’ll be able or be a part of our ministry in the border.”

A distinct work is assigned to every Christian.—The Southern Watchman, August 2, 1904. ChS 9.3

God requires everyone to be a worker in His vineyard. You are to take up the work that has been placed in your charge, and to do it faithfully.—The Bible Echo, June 10, 1901. ChS 9.4

This year, Tranqui is going back again. Scheduled on April 11-16, where everybody is celebrating Songkran, Tranqui has been collecting funds for the said outreach and now, has been making delicious and healthy version of our everybody’s favorite spread – peanut butter.

If you wish to buy, or better yet to contribute to his cause, send him a Facebook private message and send him your order now. 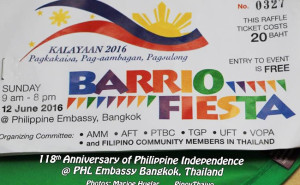 Meet the organizers and sponsors of Barrio Fiesta 2016 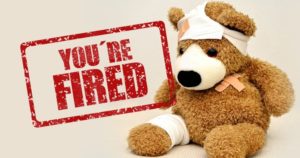 Sick leave and work termination: What you need to know? 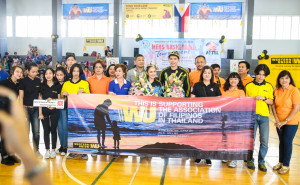