Directed by Filipino Director Joselito Altarejos and starred by mixed Filipino and Taiwanese actors, the “Tale of the Lost Boys” is one of the featured films of Bangkok Screening Room (BKKSR) on July 3 and 6, Tuesday and Friday, respectively.

‘Tale of the Lost Boys’ screening is exclusive to LGBT+ Film Festival 2018 at BKKSR. The movie has English with Thai subtitles. Tickets range from 240 (members), 250 (students) and 300 (adults). To buy your tickets, visit bkksr.com/lgbtff.

Free tickets will also be given away to eight (8) lucky Filipino Films in Thailand (FFT) customers. Just send ‘Tale of the Lost Boys’ by BKKSR to FFT Facebook page for a chance to get free tickets.

“Tale of the Lost Boys is the story of the friendship between two men — Alex (Oliver Aquino), a Filipino mechanic, and Jerry (Ta Su), a Taiwanese aborigine student. The two meet randomly when Alex flees to Taipei from Manila, upon learning that his girlfriend is pregnant. A casual conversation develops into a surprising personal connection between them. Both realize that they yearn for a more intimate connection with their mothers, since Alex’s abandoned him for a new family while Jerry is afraid that his traditional parents will reject him for being gay. The two men go on a road trip and end up at Jerry’s tribe.  The trip eventually makes them reconnect with their mothers and both discover a certain sense of identity and freedom.” 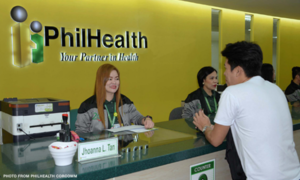 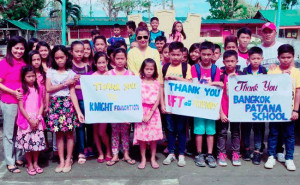 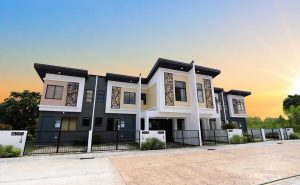