Filipinos from all walks of life joined the Ateneo Leadership and Social Entrepreneurship (ALSE) Orientation Program on Sunday, February 23 at Hotel Vista Express in Bangkok.

From multinational company, country and operation managers, law firm admin coordinator, travel agency trainer, accounting staff and teachers among others came in with one objective of empowering themselves by putting up their own businesses and projects for themselves and their families back home.

A total of 26 registrants attended the first orientation and pre-meeting. A second one will be conducted on March 3 (4:00 PM) also at Hotel Vista Express which is owned by one of the ALSE Bangkok Secretariat, Zenaida Vannaying.

The Orientation lasted for about two hours. All registrants were given time to introduce themselves. Refreshments were also served for free.

Half of the Secretariat members are Filipinas married to Thais who have been successful in their fields in Thailand. One of them is Vannaying or Tita Zeny as she is fondly called by people close to her, who is now managing three hotels with the help of her children. During the introduction of Secretariat members, she recalled how she had applied in more than 100 companies and got rejected. Her first job in Thailand was teaching in a university before she finally decided to resign and start a small business.

“Let’s do something. Let’s give something back to society”, said Sonia Sosoot Zerrudo in her opening remarks. Zerrudo started the idea of having a civic program for Filipinos in Thailand in a conversation with Philippine Ambassador Mary Jo Bernardo-Aragon during the 120th Philippine Independence Day celebration at the Embassy.

ALSE Bangkok is a partnership between the Ateneo School of Government, Philippine Trade and Investment Center in Bangkok under Department of Trade and Industry (DTI) headed by Commercial Attache Rico Mariano and Philippine Ladies Group Foundation (PLGF), a duly registered foundation in Thailand running for 24 years. Its current president, Bernadette Kongswasdi is also a member of the Secretariat.

Registration is still open to those who are interested to join the program. Graduates will receive an Ateneo certificate and will be accepted by the university as alumni. 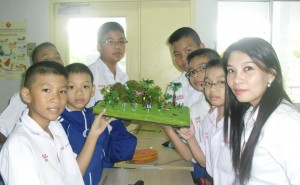 Pinoy teachers share excitement for the opening of school year 2017 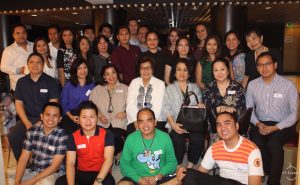