In a two-part Instagram post, Clint Bondad admitted that it was his fault that his relationship with Miss Universe 2018 Catriona Gray ended after six years.

He said, he agrees with everything that Catriona mentioned in her interview with Boy Abunda two weeks ago.  He is closing this chapter of their lives because “it has become more practical to clear things up instead of having people approach me like zombies with puppy eyes or letting certain questions linger around for too long.”

According to him, when Catriona was asked to choose between crown or love, that was obviously a trick question.

“Of course it’s “Crown”! The career of a beauty queen is so different in many ways to that of other career paths and even more extreme then that of an actor or puplic figure. Incomparable. Its a winner takes all situation and it kick starts everything into motion with an explosion, but on top of it all it’s compressed into a single year of reign. It’s the equivalent of sitting in a burning house and someone asking you, “Finish your chamomile tea or get your sweet ass out of here ASAP?!” It’s not a question about personal preference but urgent priority!” he said.

He also confessed that, “the relationship was over the way we used to have it before the coronation.” But they didn’t made it official until after the coronation.  And it was him who “eventually and actively pushed to make it official.”

He acknowledged that he was always fascinated with Cat in a way “because we are so similar in many ways but in other ways we are absolute polar opposites. “  What was crazy he said was that “she knows what is better for me better than myself.”

He disclosed that he was massively depressed for a long time and had literally blamed anything and everyone except their relationship. “I wouldn’t even allow it in the realm of possibilities. But my protective personality and shielding of the relationship made me unable to see things clear and rational. It became counterproductive. Love truly can make you blind sometimes and make you do dumb stuff… No matter how smart you think you are. I felt like I had to do things that Cat never asked me to do and stopped things that I loved doing and pursuing and even started feeling guilty for simply enjoying life. I ended up completely draining myself and became so exhausted that at the end there was little left of who I once was” he added.

Admitting the blame, he said “I am truly the only one who can be blamed for anything and everything. I failed, because the control was always with me all along. I just realized it too late. She knew I would rather go through complete death of my own persona then accept failure…”

And just like Catriona’s answer to the Miss U question, Clint emphasized that he choose to look at the “silver lining” despite the break up. He’s happy that Catriona won the crown. “What would have really broken my heart would have been not seeing that crown on her head.”

“I am glad things happened the way they did. Sure, maybe things could have been a bit different if the outcome would have been different too. But it’s like the weather. If it rains you simply remind yourself that water is life, then you take the umbrella and go out anyway.”

Finally Clint wrote: “She will go down as the best Miss Universe in History.” 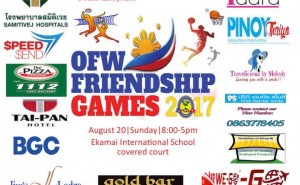 OFWs team up for the 2nd Friendship Games on August 20 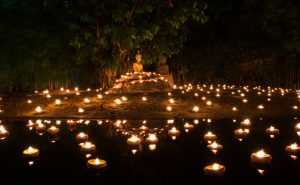 February 19 is a holiday in Thailand 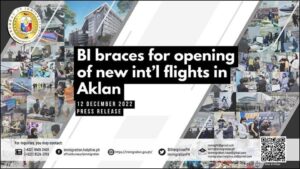