Dr. Mary Jacquiline Romero was awarded as one of the International Rising Talents by the L’Oréal-UNESCO For Women in Science on March 14, 2018 in Paris, France.

Created in 1998, the L’Oréal-UNESCO For Women in Science International Awards identify and support eminent women in science throughout the world. Each year, five Awards Laureates are recognized for their contributions to the advancement of science, in Life Sciences or Physical Sciences in alternating years.

For the first time, the 2019 Awards designated five outstanding researchers in the Physical Sciences, Mathematics and Computer Science, each working in one of the following regions: Africa and the Arab States, Asia-Pacific, Europe, Latin America & North America.

UNESCO’s website featured Dr. Romero as a physicist working in the field of quantum physics, which explains the nature and behavior of matter and energy at the atomic and subatomic level. In particular, she is exploring how an infinite number of possible shapes of photos – particles of light – can be used to encode information, this could lead to reliably secure communication, help conserve data privacy and guard against the growing risk of cyberattacks, and deliver more powerful computation.

Her journey to pushing the boundaries of quantum information began in the Philippines, where she was encouraged by her school teachers to pursue science, even participating in national physics competitions. “It was just beautiful to me, how the rules of physics can describe the natural world so powerfully,” she recalls. “I enjoy the creative and problem solving process. The fun I have is really the reward!” At university, Dr. Jacquiline Romero joined an established optics research group, before identifying an opportunity to pursue an experimental quantum physics PhD at the University of Glasgow.

As part of a minority of women in quantum science, she believes improving the representation of women in science requires a fundamental cultural change, starting at school, where girls’ and boys’ sense of wonder and curiosity should be equally nurtured. In addition to mentorship, strong female role models at every stage of the scientific career path would send positive signals to aspiring women scientists, she suggests. Importantly, inclusivity and gender diversity should be framed in the context of productivity, with leaders creating the supportive environment that would help women scientists return to peak professional performance after having a child. 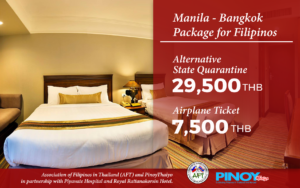 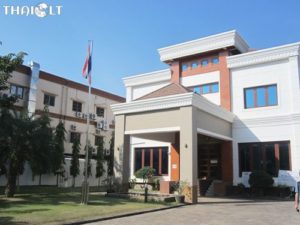 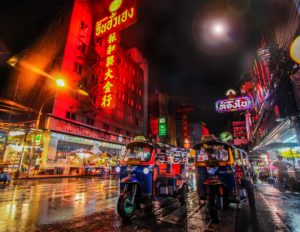 Cost of Living in Thailand