The 15-year-old Davaoeña, bested 13 other contestants for the title. Participating countries include cities from Australia, Canada, Indonesia, Myanmar, Nepal, Philippines, and Thailand.

Faythe, as fondly called by her peers, thanked her supporters in her journey to the international pageant. “DAVAO, PHILIPPINES! I am so happy to wear this sash tonight. Thank you so much for all your support! I hope that I made you all proud,” says the pre-teen queen.

Faythe was born in Davao City, Philippines and raised in Bangkok, Thailand. Despite growing up in Thailand, she has always been in touch with the Philippine culture. She is an incoming second year high school student at Ekamai International School in Bangkok, Thailand. She holds the position as public relations officer of the school’s student council and a member of the school’s cheerleading team. She likes playing basketball, volleyball, and football. She also loves singing, dancing, and reading books.

Faythe’s proud parents, Mr. James Halasan and Mrs. Niña Villagomeza Halasan, who are both singers are even more proud because Faythe recently won first place in the school talent show and has been accepted in vocal star from 400 teens in Thailand. 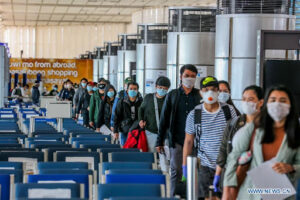 Arrival guide for OFWs in the Philippines as of January 3 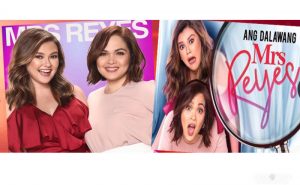 “Ang Dalawang Mrs. Reyes” to screen in Bangkok on February 10-11