An increasingly aging population could plunge Thailand into a welfare crisis, according to a recent survey conducted by the Melbourne Mercer Global Pensions Index. Out of 37 countries surveyed, Thailand ranked last, sharing the bottom tier with Korea, China, Japan, India, Mexico, the Philippines, Turkey and Argentina.

We’ve simplified the data in the survey and added some colour to make it more digestible:

The report defines the adequacy, sustainability and integrity sub-indexes as follows:

Adequacy
Adequacy takes into account state welfare as well as the overall design and efficiency of the retirement system. It also considers the population’s savings, debt and homeownership rates.

Sustainability
Sustainability indicates the confidence in the longevity of the system. For instance, if the welfare system is long-established and the government has a good track-record of reliability, then naturally that country will score well on sustainability.

Integrity
Integrity assesses the safety of the funds. Corporate pensions collapse when companies fold, yet are critical for easing state welfare burdens. For a strong integrity score there must be evidence that the private and public sectors are supporting one another.

Solutions
What can Thailand do to prevent a future pension crisis? Japan’s increasing pension burden is already well-known and the country is increasing retirement ages to ease it. Long life expectancies and first world medical care make the Japanese live longer than any other nation.

Unfortunately, this creates a teetering upside-down pyramid where the old vastly outnumber the young and the latter can’t work any harder. For many working Japanese there’s no option to work any harder because they are already working as hard as they can, due to the demanding nature of their work ethic.

Japan is battling this crisis by increasing the retirement age. It’s not uncommon to see people working in their 60s and 70s there now. However this hardly a healthy or pragmatic solution as many people will simply be too old to work with vigor or even work at all.

Thailand’s work culture is a stark contrast to Japan’s; slower-paced, less stressful and more forgiving, not to mention that it’s ok to go home before your boss leaves the office. Yet the same can be said of nearly any other country when compared to the notoriously gruelling Japanese work culture. Thailand also boasts one of the lowest unemployment rates in the world so rather than getting more people to work is the answer to get them to work harder?

The report recommends the following solutions for Thailand:

On paper these are all good ideas but it’s debatable how realistic each of them are in Thailand. 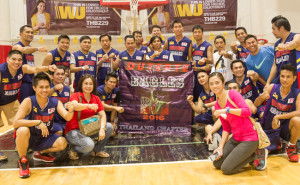 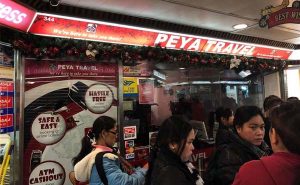