Deputy Prime Minister Prawit Wongsuwon said he was confident the country was ready to respond to any unexpected incidents during the summits, reported Bangkok Post.

17,000 army commandos, police and security officers deployed as security for the summits and related meetings.

A major security drill was launched on Tuesday at Muang Thong Thani in Nonthaburi, where world leaders would gather for this weekend’s 35th Asean Summit and related meetings, the report added. A Black Hawk helicopter was deployed during the drill, which saw security personnel rappel down ropes dropped from the chopper.

Deputy National Police Chief Pol Gen Suwat Chaengyotsuk said that security preparations for the summits in Bangkok and Nonthaburi were now complete. The intelligence units supervised by the police, the military and other security agencies were working at full capacity.

Authorities have so far received no intelligence reports about security threats to the summits.

The Central Investigation Bureau (CIB) is tasked with monitoring security developments and ensuring that all security cameras are functioning properly. It will work closely with the Metropolitan Police Bureau, the Police Region 1, and the forward command of Internal Security Operations Command (Isoc) Region 4.

All police units have been ordered to secure important locations including embassies, mass-transit systems and shopping malls. Round-the-clock patrols are expected at risk spots and security checkpoints should appear on main roads.

Staff at the Police Hospital have been placed on full alert until Nov 5. 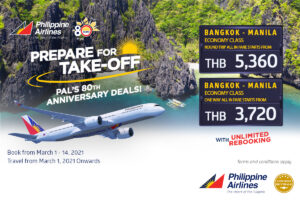 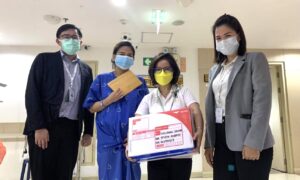 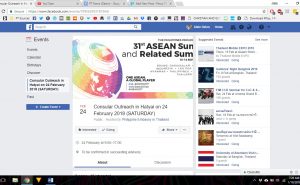