This post is an excerpt of a longer article.

Will my debit or credit card from home work in ATMs in Thailand?

The short answer is ‘almost certainly, yes’. The overwhelming majority of cards now use Visa, MasterCard, Cirrus or Maestro as their service provider, all of which are accepted by Thai ATMs. Not sure which yours is? The logo will usually be shown very clearly on the card itself, or you can ask your card company or bank.

Why is using ATMs in Thailand a good choice?

It’s a sad reality of travel, but it doesn’t matter what method you use to get hold of foreign currency – one way or another, you’re going to lose a little bit of the value of your money. If you use a bureau de change, you’ll often get an unfavourable exchange rate – one below the actual rate – or you might have to pay a service fee. Or both.

If you’re really unlucky and go to a particularly unscrupulous exchanger, you might even fall victim to a scam, like the clerk “miscounting” when they give you your baht. One advantage of the Thai currency is that, as each note has a very distinctive colour (one disconcertingly close to the same colours used for Monopoly money), it’s a lot harder for the crooked clerk to hand you a 20 baht note and try to convince you that it’s really a 50. Even so, one of the big advantages of using ATMs in Thailand is the lack of a human element, making this already slim risk non-existent.

But back to how you’re going to lose value on your money – using an ATM will at least mean that the exchange rate is as good as it’s going to get. It might not be exactly the rate you’ll find on Google, but it’s the least bad rate available.

Where can I find ATMs in Thailand?

Another massive advantage to getting your baht from ATMs is that they can be found all over Thailand. Currency exchangers tend to be only available around the major tourism hubs, particularly in places like Bangkok, Phuket, Pattaya and Chiang Mai. Head out into the countryside and your chances of finding one are close to zero.

How do I use an ATM in Thailand?

You might be thinking that one ATM is very much like any other and, if you’ve managed to figure out how to use one in your home country, dealing with a Thai one can’t be too challenging. For the most part, you’re absolutely right. You might have to select a language you can understand in order to complete the transaction, but the process is usually self-evident. It is subtly different for each bank, but it’s not difficult to figure out.

However, there are a couple of things to be aware of that routinely catch out the overconfident. The most significant is the order in which your card and cash are disgorged by the machine. An ATM in the UK, for example, will always give you your card first, followed by your cash a few seconds later. If you’re so used to using UK ATMs that your brain tends to switch into autopilot and you’re in a hurry, you may find yourself grabbing your cash from a Thai ATM and then walking off before collecting your card. In Thailand, the card is always the last thing to come out, so be sure to stick around until you’ve got it back.

How much money can I get from an ATM in Thailand?

The withdrawal limit for most Thai ATMs is set at 20,000 baht per day. Given the low cost of living in the country, that should be more than enough to last you for 24 hours, unless you’re really splashing out. In those cases, a couple of banks have a higher daily withdrawal limit. You can take up to 25,000 baht out from Bangkok Bank ATM or 30,000 baht from a Bank of Ayudhya machine.

What are the fees for using ATMs in Thailand?

Sadly, the first of the fees you have to contend with when using a Thai ATM is one imposed by the local bank whose machine you are using. Most will charge a 200 baht fee for using a foreign card, though Aeon Bank’s rate is a little lower at 150 baht. As this is a flat rate per transaction, it adds another reason for making a few big cash withdrawals instead of a lot of little ones.

Most bank and credit cards will also charge a fee for using the card overseas. These vary from card to card, though some cards particularly targeted at travellers have no fee.

How do I avoid paying too much when using ATMs in Thailand?

The first and most important thing to do if you’re planning to use your cards in Thailand is to set the card’s currency to baht, meaning that all of your transactions are completed in the local currency. This removes the dependence on DCC and ensures that the currency is converted using the mid-market rate – the fairest and most favourable rate possible. The downside is that you won’t know exactly how much money you’re taking out of your home bank account since the rate in your home currency is not given. It’s best to keep a record of your starting balance and how much you’re spending each time to make sure you don’t end up overdoing it.

This post is an excerpt of a longer article from DeeMoney, Thailand’s payment provider. Exchange and send money to 14 countries, register via our app, website or in store. 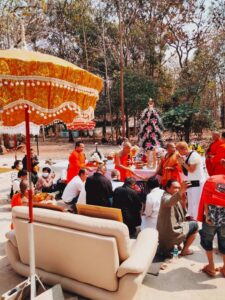 Seeing Buddhism through a Christian looking glass: A journey of faith 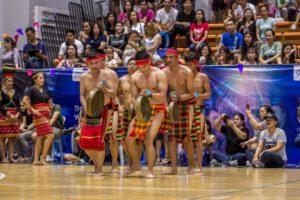 Cordillerans to hold dinner for a cause on August 31