A total of 159 deaths and 1,549 injuries have been recorded on the first three days of New Year holiday in Thailand.

Bangkok recorded the highest death toll and the most drink driving cases from Friday to Sunday based on the statistics released by Assistant national police chief Pol Lt Gen Damrongsak Kittiprapat on Monday.

The highest death toll was reported in Bangkok, with 10 fatalities, but the most accidents were reported  by the northern province of Lampang, with 48. The Central Plains province of Nakhon Pathom reported the most people injured in road accidents over the three days, at 56, reported Bangkok Post. 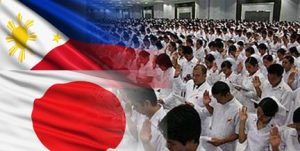 List of Examinees for SPLE for Professional Teachers on September 24