Salute to our fellow Filipinos and donors in Chonburi, Thailand for being the channel of love for the evacuees affected by the Taal Volcano ashfall in the Philippines.

Members and officers of the Filipino Community in Chonburi Thailand (FCCT) with the help of Our Lady Of Lourdes Church Community in Bangsaen, Chonburi raised a total of 13,500 baht as of this posting.

The fundraising campaign was promoted during the mass on Sunday which was led by Father Kaiou Henry Somchai Kesee of the Roman Catholic Diocese of Chanthaburi. Church members poured their sympathy through monetary donations as soon as the benediction ended.

Parents took the opportunity to teach their kids the virtue of giving and caring for others. Also as seen in the photos below, different nationalities and Thai students contributed to the fundraising campaign.

The collected fund is now sent to the coordinators in the Philippines and will be used to buy rice, foods, toiletries, medical kits, and other needed materials for evacuees in selected communities in Lipa City, Philippines.

Lipa City is one of the nearby areas surrounding Taal villages where thousands of evacuees are being catered for days now.

Indeed, God’s blessings are bountiful but He wanted us to see and be partakers of those joyous experiences of giving. More power to all the donors and organizers!

Thanks to Joseph Maandal and Shiela Marie Mojares for the photos. 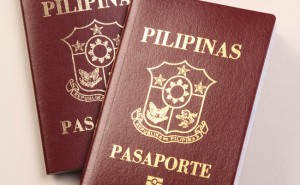 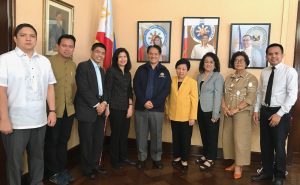 Secretariat for Ateneo’s program in Bangkok calls on Ambasador Aragon 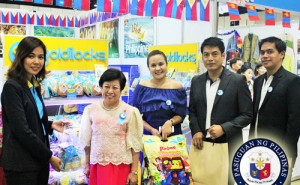