Food packs were delivered to no work, no pay teachers at agencies on Sunday. The ALSE group visited MRC agency (Baan Rak Rean Language School) in Rama 2 to deliver relief goods to Filipino teachers affected by COVID-19. There are more than 100 teachers (mostly Filipinos) in the said agency. Since public schools closed earlier, all of them have had no salary since mid of February.

After visiting them, more than 21 Filipinos in Bang Khun Thian District received food packs. All of them work under an agency and have had no salary since mid of February. The group was organized by Cyril Esplanada, a Filipino leader in the area.

Another group of teachers received food packs in Bangkae and Samphran in Nakhon Pathom. All of them work in several private schools but under a no work no pay scheme.

Around 50 food packs were distributed in Rama 2 and Bangkae, outskirts of Bangkok, and Samphram in Nakhon Pathom. Food pack deliveries ended past eight o’clock in the evening in Samphran.

Thank you to all donors and volunteers! 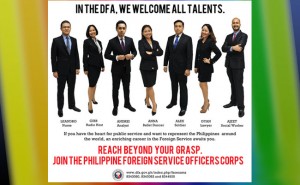 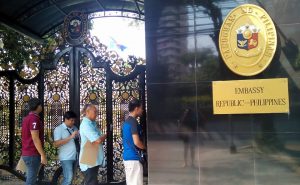