Fifty one Filipino interns are now stuck in Trang Province after hotels closed down because of COVID-19 and their internship agreements were cut.

Each of them paid 130,000 to 140,000 pesos for their eight months internship for an opportunity to land on a cruise job. The agreement included a two-months training with the school in Trang and then six months internship in a hotel where they received 3,000 to 6,000 baht monthly allowance. All of these were fulfilled until the pandemic happened and they were supposed to be waiting for an interview to work on a cruise ship. As of now they have a minimum contact with the Filipino recruiter and he seems to not mind the predicament they are in, according to the students PinoyThaiyo talked to.

Most of the interns are from Mindanao (Ozamis, Bukidnon and Pagadian). The youngest is 18 while the oldest in the group is 35 years old. Some left their jobs in the Philippines because of the enticing opportunity offered to them by their Filipino recruiter. Others pawned their properties to pay for the placement fee.

The placement fee (130,000 – 140,000 PHP) does not include plane tickets. It only included their training fees at the school in Trang and their ED visa. They were asked by the Thailand-based Pinoy recruiter to pay half upon application and then the remainder was paid before their hotel internship began.

This group is composed of 5 batches which is more or less 90 interns. None of them was able to get a job on a cruise ship as promised during their orientation in the Philippines. They also do not have any signed agreement between them, the recruiter and the school.

Some Filipino groups in southern Thailand and in Bangkok including United Filipinos in Thailand (UFT) and Ateneo LSE Thailand (ALSE) have already extended some help for their food. According to their leader, they only eat twice a day to save money. They also made groupings to take care of their chores including cooking.

Meanwhile, a Filipino executive in a renowned five-star hotel is now coordinating with the Philippine Embassy for the group’s repatriation. Most of them have lost their internships at hotels since the end of February. The school where they are staying right now is providing them free accommodation with a weekly charge of 150 bath each for water and electricity.

Last week, PinoyThaiyo spoke with the group leader and he was asking for help. Aside from food supplies, their main request right now is to get repatriated and be with their family.

To send help to the stranded pinoy interns, you may send any amount via Ateneo LSE Thailand which is directly communicating with the group. Kindly put a note that the donation is intended for the interns in Trang.

The general manager, Khun Ning of the said school in Trang called PinoyThaiyo on Wednesday afternoon to give their side. According to her, the owner of the school has been giving the students free accommodation since their internship contracts with several hotels got stopped because of COVID-19. The rental for the air-conditioned dormitory where the student interns stay costs 30,000 baht per month which the owner is paying. Khun Ning also added that the owner has been asking restaurant owners in Trang to give food for the interns.

A Filipino teacher who works for the school also confirmed the GM’s statements saying the school has been doing its best to provide comfortable shelter to them. The teacher also added that the school is willing to help in arranging flights from Trang to Bangkok once the situation becomes stable.

The school also gave the contact number of the pinoy recruiter who lives in Thailand. PinoyThaiyo sent a message to get his side of the story. 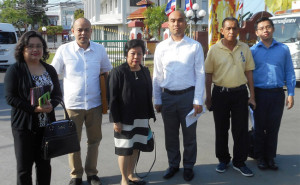 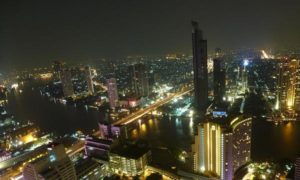 Deputy PM Somkid asks Ministry of Finance to be prepared