The government will on Friday discuss a proposal to shorten the 10pm-4am curfew by one hour to help boost the economy while a proposal to extend the state of emergency for another month will depend on whether Covid-19 curb relaxations are successful, according to a highly placed source.

The 11pm-4am curfew proposal was formally discussed at Wednesday’s meeting of an ad hoc committee on easing Covid-19 restrictions, which was chaired by Gen Somsak Roongsita, secretary-general of the National Security Council (NSC), said the source.

The proposal is expected to be forwarded to the main committee of the Centre for Covid-19 Situation Administration (CCSA), led by Prime Minister Prayut Chan-o-cha, for endorsement, said the same source.

Among the proposals will be permission for teams of at most 10 TV and film crew to go out gathering news, up from the previous rule which stated that a maximum of five people per team were allowed, said the source.

As for a tentative proposal to extend the emergency decree by another month from the end of this month, the same source said it will be finalised only 14 days after the implementation of the second phase of easing of Covid-19 restrictions expected to begin on Sunday.

Deputy Prime Minister Wissanu Krea-ngam said many proposals including those for the upcoming second phase of Covid-19 restrictions easing have poured in but that clarity would be provided only after today’s meeting. 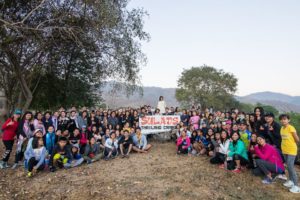 Sharing the Love Around Sulads Campus Kanchanaburi During Hearts Weekend