Philippine Ambassador to Thailand H.E. Millicent Cruz Paredes led Philippine Embassy personnel in commemorating the 123rd Anniversary of the Declaration of Philippine Independence on 12 June 2021 at the Philippine Embassy grounds, during which she enjoined Filipinos in the Kingdom to respond to the renewed call of the Thai Red Cross Society for blood donations. 14 June, which marked the 72nd anniversary of the signing of the Treaty of Friendship between the Republic of the Philippines and the Kingdom of Thailand, was also observed as World Blood Donor Day.

In her message to the Filipino community, Ambassador Paredes said that life-giving blood donations, especially during the third wave of the COVID-19 pandemic, would be an especially meaningful and personal way for the Embassy and the Filipino community to stand in solidarity and friendship with the Thai nation. It will be recalled that the first article of the Philippines-Thailand Treaty of Friendship states that “there shall be perpetual peace and everlasting amity between the Republic of the Philippines and the Kingdom of Thailand and her peoples.” The Philippine Ambassador also viewed blood donation as a tangible way of embodying the theme of Philippine Independence Day 2021: Diwa ng Kalayaan sa Pagkakaisa at Paghilom ng Bayan (The Spirit of Freedom in Unity and National Healing).

Ambassador Paredes kicked off the Filipino community initiative by donating at the Thai Red Cross Blood Donation Centre at the Emporium shopping mall. She was followed by other volunteers from the Philippine Embassy, to serve as an encouragement to the rest of the Filipinos in the Kingdom.

A flag-raising ceremony and the reading of messages from President Rodrigo Roa Duterte and Secretary of Foreign Affairs Teodoro L. Locsin, Jr. comprised the simple Philippine Independence Day program at the Embassy grounds. 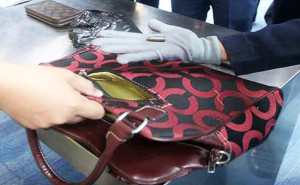 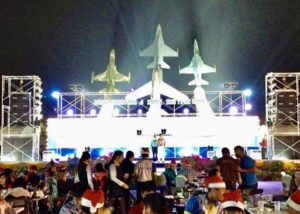 Looking back: A journey well-travelled 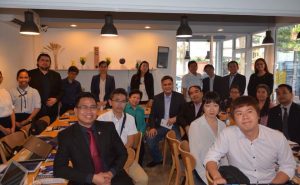