Condolences to the family and friends of Filipino church leader and overseas Filipino worker (OFW) in Pattaya who died on Tuesday morning, August 3 due to multiple organ complications.

Kabayan Manny Manigbas, 59, was initially admitted in the hospital due to COVID-19 on July 8. While recovering from the virus, he developed pneumonia and weakened lungs. He also had infection in the kidney while being treated.

He was placed in an isolation room for 1 week, ICU for two weeks before he was transferred to a normal ward for one more week.

Fondly called as Elder Manny, he arrived in Thailand in 2003 and had been living in the kingdom for 18 years. He is survived by his wife Marietta Gatongay Manigbas and their three children. He also served as one of the leaders of the Seventh-day Adventist Church in Pattaya.

For financial help, you may send any amount to Mrs. Marietta’s account below. Any form of assistance will be very much appreciated as the family funds have been exhausted after almost a month of hospitalization.

Last month, two Filipino pioneers who lived in Thailand for over 50 years also passed away. One of them died due to COVID-19. 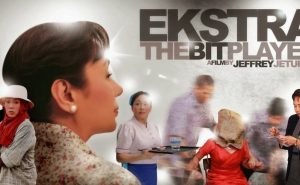