The order comes as a medical expert raised concerns over the possibility of the healthcare system having to battle with another outbreak if the government insists on reopening the tourism industry as early as Oct 1.

Gen Prayut on Wednesday assigned the Tourism and Sports, Public Health and Interior ministries to prepare for a rise in both Thai and foreign tourists in the fourth quarter of this year, known as the high tourism season, said Taweesilp Visanuyothin, spokesman for the Centre for Covid-19 Situation Administration (CCSA).

Dr Taweesilp was speaking after a meeting of the CCSA chaired by the prime minister.

The ministries were instructed to find areas with the potential to be a part of the government’s new tourism reopening programme called “Covid-free Tourist Area Sandbox”, similar to the Phuket Sandbox programme, he said.

Dr Taweesilp said ideal candidates for the tourism programme include islands and areas with an airport, which would also have in place Covid-19 prevention and control measures.

The pilot phase of the new tourism promotion programme will begin in October, when five provinces — Bangkok, Chiang Mai, Prachuap Khiri Khan, Phetchaburi and Chon Buri — are due to reopen for tourism, he said. 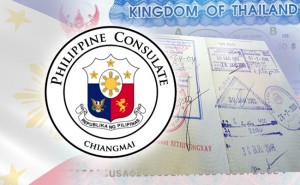