A queue of empty strollers was spotted by a photographer at a train station at the border of Poland and Ukraine. Francesco Malavotta was curious about what he saw and took a photo. He later shared it online and it went viral a few minutes after.

What’s the story behind the photo? Are those strollers left off by Ukrainian mothers fleeing in a hurry from the Russian invasion?

“When I arrived at the Przemyśl train station, where there were about 1,000 people, I noticed this corner along the tracks where some women’s strollers were left for mothers arriving from Ukraine with babies,” Malavolta tells PetaPixel.

After taking the shot, Malavolta shared the image on social media with the caption “Passeggini lasciati in stazione per le donne in arrivo dall’Ucraina con neonati” (or “Strollers left at the station for women arriving from Ukraine with babies”).

It soon went viral and was shared across different social media platforms, even by influencers and celebrities. On Reddit alone, the photo got over 109,000 upvotes.

According to Malavotta, an Associated Press photojournalist who took the photo, the strollers were gifts by Polish moms to the incoming Ukrainian mothers who are crossing the borders with babies on their weary hands.

It would be very difficult for Ukrainian moms with small babies fleeing their country without their husbands to help them, as male adults are required to serve military service during this time. The strollers would alleviate their difficulties even in a small way.

“The thing that led me to take the picture was that feeling of silence and pain around those strollers that would [soon carry] ‘victims’ of the dirty war,” Malavolta says.

His photo shows the camaraderie of motherhood regardless of nationality. Moms will always take care of us, humanity. It has now become a symbol of solidarity toward Ukrainian refugees. 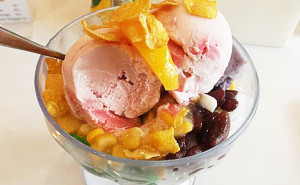 One Summer Afternoon at Halo-Halo Thailand 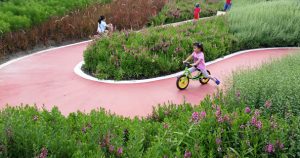