The Government Lottery Office (GLO) will consider whether to increase digital lottery ticket sales after all 5.27 million were snapped up in four days and six hours, after the launch of the service via “Pao Tang” platform last Thursday.

He said that, at its meeting on June 23rd, the GLO board will discuss whether it is possible to increase available digital lottery tickets, by means of allocating tickets from the reserves, for advance bookings for July 16th draw.

He also said that the GLO will improve its online sales system to accommodate more vendors, including the disabled, who want to join the online sale system.

GLO board chairman Lawaron Saengsanit said that the GLO will keep a close watch on the online system to make sure that it works smoothly, especially the automatic notification of winners.

Smaller prizes can be claimed online and the winners will be charged a 1% fee, which is the same rate charged by banks and other financial institutions. Winners of the first prizes must, however, claim the prize money in person at the GLO, but will be charged only a 0.5% fee, or 30,000 baht for the six million baht first prize.

Digital lottery tickets are sold online at 80 baht per ticket, the original price set by GLO, to tackle the problem of overpricing, in which some tickets have been priced as high as 130 baht.

GLO officials will sample opinions of online lottery sales from lottery vendors and other stakeholders across the country and compile a report for submission to Finance Minister Arkhom Termpittayapaisith in August. 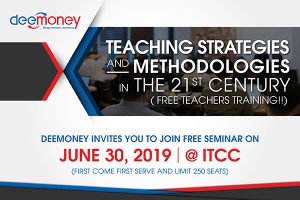