The Bangkok Mass Transit Authority (BMTA) has deployed 2,639 buses for 16,852 trips per day from July 13 to 18 to cope with an increased number of passengers for the five-day-long holiday.

Thousands more people are expected to leave Bangkok to visit their hometowns or travel upcountry.

July 13 and 14 are Asanha Bucha and Buddhist Lent, respectively, while Friday, July 15, is a special public holiday. Along with Saturday and Sunday, it’s a total five days of holidays, with the government expecting to promote domestic tourism.

The BMTA announced on Tuesday that it expected more commuters on routes connecting airports and bus terminals, therefore additional buses will ply the following routes:

More buses will also be added on routes to bus terminals and train stations leading to provincial areas, as follows: 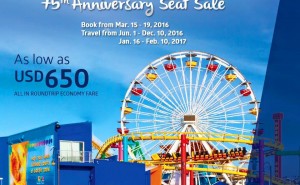 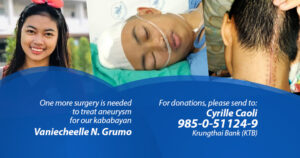 Young Filipina teacher fights for her life due to aneurysm, needs help