Pets are part of humanity’s existence. Owning pets has great benefits to our well-being, but responsibilities carry with it too. A part of those responsibilities is not directly involving our cute animals but can affect the people and community surrounding our pet and us, the owner.

A tenant in a known condominium in Bangkok was fined 141,500 baht (around Php 220,000) by South Bangkok Criminal Court for keeping his dog in the condo which is a violation of the condo’s policy. The court also mandated the tenant to pay the interest of 5% per year until the said amount is fully paid.

On top of that, the tenant must also pay an extra 500 baht per day for the “maintenance of common areas” from the date the lawsuit was filed up to January 24, 2022. The tenant is additionally mandated to pay 500 baht for maintenance fees for an event that occurred on February 19, 2022. Furthermore, the tenant must pay 5,000 baht extra to cover the plaintiff’s lawyer fees.

You might think that fine is way beyond the top, after all, it’s “only about owning a dog”. But here’s the story.

Like most condominiums elsewhere, the high-end Life One Wireless, prohibits any pet to stay with the tenants as well as roam around in the building and common areas. But the tenant, in this case, openly violated the policy and did some antics that annoy the condo management and even other residents.

One resident testified that the tenant was intentional in breaking the condo’s rules, even after he was given several warnings. The situation had gone on for years and instead of finding a better solution, the tenant chose to continue aggravating the situation.

The resident said that the tenant openly walked the dog around the condo premises, let the dog defecated in the common areas, and rode the dog with him in the elevator.

There was also an instance where the tenant took a photo of the dog’s poop with the condo’s entrance signage visible in the frame, possibly to challenge more the condo staff.

Finally, these made the condo file a lawsuit against him which slapped him with 141,500 baht and other fees.

Condos that are pet-friendly in Bangkok are now available in some places. Also, most townhouses or apartments allow animals, too. Netizens are puzzled why the tenant did not move to another location where he can live with his pet harmoniously with the community surrounding him.

So, what do you think? Does the tenant deserve the sentence, or is it excessive? 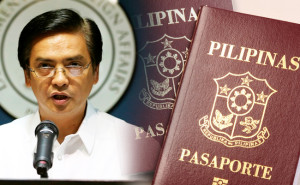 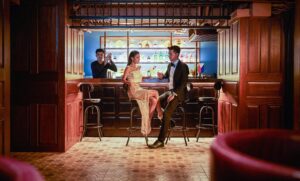 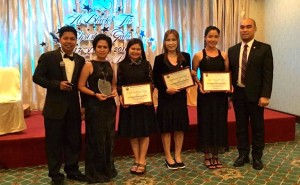